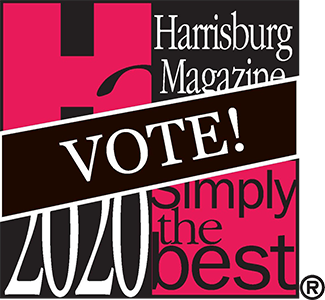 We are pleased to announce that both John and Michael have been nominated for Harrisburg Magazine’s “Simply The Best” in TWO categories each: “Best Divorce Attorney” and “Best Family Law Attorney”!

We truly appreciate being nominated in this year’s poll. Now, we’re asking for YOUR vote to help us win.

Your vote makes a BIG difference…

You see, we’re not just a family law practice, we’re a small business. Like other small businesses, we rely heavily on word-of-mouth to promote our services. As you can imagine, earning recognition from a local publication like Harrisburg Magazine goes a long way in helping us do this. And in light of the impact that the corona virus has had on small businesses everywhere, including ours, this recognition is especially helpful.

Your vote for an individual attorney helps our entire firm…

A vote for Michael is a vote for John, too.

Although both John and Michael have been nominated, you can only vote for one attorney in each category. Unfortunately, for a small firm like ours, splitting votes between John and Michael will only make it more difficult for either one of them to earn enough votes to win. That’s why, even if you’d like to vote for John, we’re asking you to cast your votes for Michael Gleeson, Esq.

Please take a moment now to vote for “Michael Gleeson @ Gleeson & King” in the Divorce Attorney and Family Law Attorney categories (listed under the “Legal” section).

To show your support, please vote for Michael now…

THANK YOU FOR YOUR SUPPORT!

*Hours at Carlisle office by appointment only.