In theory, yes. Pennsylvania law states that when determining the custody rights between the two parents, there is no presumption to award custody to one parent. However, as a McNabb study reports, mothers win sole custody 91 percent of the time when custody is litigated. The primary factor in deciding the award of legal and […] 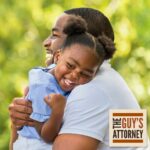 *Hours at Carlisle office by appointment only.